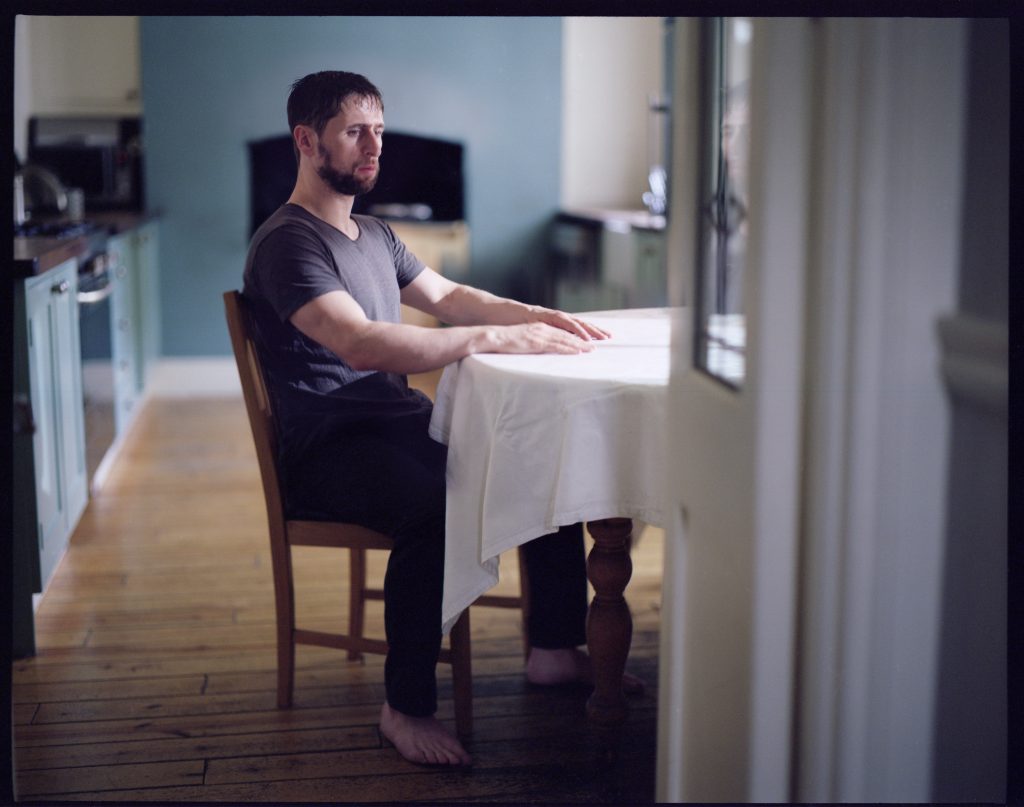 On hearing that Donnacha Dennehy was a composer, the taxi driver nodded “ye mean like James Last!”

Described by one writer as the 21st century poster boy of new Irish music, the Dubliner would appear to have a “happy heart” but there any comparison with the late German band leader diverges.

I first met Dennehy in Cleere’s Pub, Kilkenny, in 2014. His Crash Ensemble had just given a recital of his song cycle of Yeats’ poems during the arts festival.

‘That the Night May Come’ was commissioned by soprano Dawn Upshaw, known to a wide audience for her part in putting a little known Polish composer, Henryk Gorecki in the international charts.

The presence of the American star of the Met Opera in Kilkenny was testament to the regard in which the Irish composer is held internationally. His first opera, The Last Hotel, was a critical hit following premieres in Dublin, London, Edinburgh and New York.

A dark psychological thriller set in a banal urban setting, it was described as “musically intoxicating, a riot of post-minimalism and hooley”.

Dennehy’s childhood was not the usual of a musical high-flyer. His journey began as a schoolboy at Ballyroan Boys School in suburban Dublin. “It all started with playing tin whistle with Ms Glynn at school.”

Once he got going, there was no stopping him. He describes the impulse to compose as being almost instant. Very soon after, he was playing his newly composed recorder sonatas into a cassette player. Even as a school boy he was drawn to the unusual.

He recalls as a 10 year old going to hear the avant-garde composer Stockhausen in Dublin. “It was the time of the big snow. Although not musicians, my parents encouraged my interest in strange music.

“I think it was a liberty not to come from a purely classical tradition. Had I grown up in the leafy groves of Rathgar and played chamber music every weekend, I don’t think I would have been as free in my composition style.”

His journey led him to Europe and America in honing his craft with leading lights of the contemporary music scene. He is currently a faculty member at the prestigious Ivy League college, Princeton. When we speak, he is in Dublin en route to London where his new opera is in rehearsal.

The libretto for The Second Violinist is by Enda Walsh, author of Disco Pigs and Ballyturk, who also directs.

When Dennehy had the idea of the plot for The Last Hotel, he went to Walsh. This time Walsh has come up with the plot for the new opera.

Dennehy’s distinctive musical style has been described as having a gritty urban energy.

“In this score, I’ve really explored basing the harmonies on overtones. Any sound that we hear sounds the way it does because of the overtone structure. That A isn’t just that one pitch but has upper overtones that define the timbre. My harmonies occupy a vivid nether world between timbre and harmony.”

“There is a kind of luminous quality to the lower register that I love.” Another Renaissance feature is the use of a snippet of music by notorious Italian composer Gesualdo. “Enda wanted the character to be obsessed with a composer and it forms a key part of the dialogue.”

The success of The Last Hotel meant a large turnout of high-calibre talent at auditions. Mezzo soprano Sharon Carty has been gathering rave reviews for her work in major German opera houses.

She plays Amy, the wife of the second violinist. During a break in rehearsals she said:

“Donnacha’s work here is beautiful — dark yet lucid and emotive. It will I think elicit a very visceral, emotional response from audiences. The choral writing is truly gorgeous. It is one of the most exciting projects I have ever been involved in. I can’t wait!”

Written by Cathy Desmond for the Irish Examiner 21.07.17