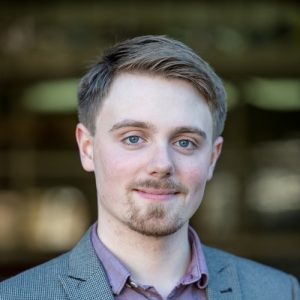 Dublin-born répétiteur and conductor Killian Farrell is a first-class honours graduate of Trinity College, Dublin, where he studied musicology. He is an alumnus of the National Opera Studio, London, the Académie du Festival d’Aix-en-Provence, and a former Britten-Pears Young Artist. He has served on the music staff of the Hessisches Staatstheater Wiesbaden, and in August 2017 he will join the music staff of Oper Bremen. Recital engagements as accompanist include the Clore Studio at the Royal Opera House; Royal Overseas League, London; and Dublin’s National Concert Hall; as well as recitals in the festivals of Aldeburgh and Aix-en-Provence. Previous engagements for Wide Open Opera have included conducting the premiere of The Oldest Woman in Limerick (2015), and chorus master for Il Barbiere di Siviglia (2016) and Nixon in China (2014). As a conductor he has worked with Crash Ensemble and the RTÉ Concert Orchestra, and was the music director of the Jubilate Choir for five years, with whom he conducted much of the major choral-orchestral repertoire.