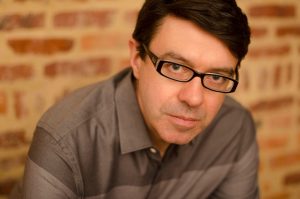 Dennehy has received commissions from Dawn Upshaw, the Kronos Quartet, Alarm Will Sound, Bang On A Can, Third Coast Percussion, Icebreaker (London), the Doric String Quartet (London), Contact (Toronto), Lucilin (Luxembourg), Orkest de Ereprijs (Netherlands), Fidelio Trio, Percussion Group of the Hague, RTE National Symphony Orchestra, the St. Paul Chamber Orchestra, BBC Ulster Orchestra and the San Francisco Contemporary Music Players among others. Collaborations include pieces with the writers Colm Tóibín (The Dark Places) and Enda Walsh (including the opera The Last Hotel, and a forthcoming opera The Second Violinist), the choreographers Yoshiko Chuma and Shobana Jeyasingh, and the visual artist John Gerrard.  In 2010 his single-movement orchestral piece Crane was ‘recommended’ by the International Rostrum of Composers.

Returning to Ireland after studies abroad in the USA, France and Holland, Dennehy founded Crash Ensemble, Ireland’s now-renowned new music group, in 1997. Alongside the singers Dawn Upshaw and Iarla O’Lionáird, Crash Ensemble features on the 2011 Nonesuch release of Dennehy’s music, entitled Grá agus Bás.  NPR named it one of its “50 favorite albums’’ (in any genre) of 2011.  In October 2014, RTE Lyric FM released a portrait CD of Dennehy’s orchestral music. Other releases include a number by NMC Records in London, and Cantaloupe in New York.  Previously a tenured lecturer at Trinity College Dublin, Donnacha was appointed a Global Scholar at Princeton University in the Autumn of 2012.  He was also appointed composer-in-residence for the Fort Worth Symphony Orchestra in Texas (2013-14).  He joined the music faculty at Princeton University in 2014.

Dennehy’s recent opera The Last Hotel (2015), with a libretto by Enda Walsh, was met with critical acclaim in the UK when it premiered at the Edinburgh International Festival in August 2015.  Other recent pieces include Surface Tension premiered by Third Coast Percussion in February, and The Weather of it for the Doric Quartet co-commissioned from the Wigmore Hall and Carnegie Hall, premiered at the Wigmore Hall in July 2016. Forthcoming projects include a new opera, The Second Violinist, again to a libretto by Enda Walsh, and a piece for So Percussion, co-commissioned by the Cork Opera House and Carnegie Hall.  A recording of his new piece for Nadia Sirota and viol consort led by Liam Byrne, Tessellatum, will be released by Bedroom Community in the summer of 2017. His music is published by G. Schirmer in New York, part of the Music Sales Group.