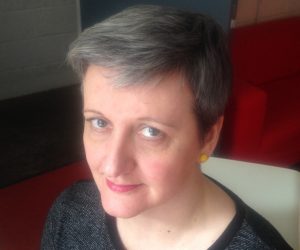 Recently Joan’s costume designs were seen at The Globe Theatre for Iqbal Khan’s production of Macbeth.

Joan’s work at the Abbey Theatre, Dublin, includes Othello, You Never Can Tell, She Stoops to Conquer, Sive, The Hanging Gardens, Major Barbara, Translations, The Plough and the Stars, Christ Deliver Us!, The Last Days of a Reluctant Tyrant, The Importance of Being Earnest, Hamlet, A Doll’s House, The Wild Duck, Lolita (Irish Times Award Winner for Best Costume Design 2002), A Whistle in the Dark and The Colleen Bawn.

Feature films include Snap and Swansong, The Story of Occi Byrne and King of The Travellers (both IFTA nominated for Best Costume Design), Out of Innocence, due for release later this year; and the TV3 Drama Trial of the Century